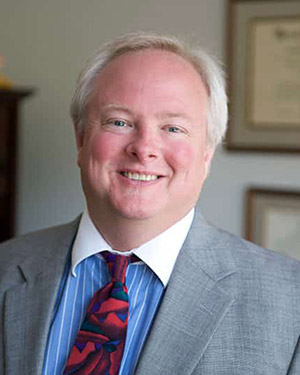 Treating Each Case With Personal Attention

Mr. Jonathan Wade is a native of Atlanta and practices as a trial lawyer. His practice focuses on personal injury cases, including truck wreck litigation, automobile accidents, premises liability, and slip and fall cases. He has extensive trial experience. He has taught law school courses in torts, civil procedure, trial practice, criminal law, criminal procedure and appellate procedure. He is admitted to all of Georgia’s courts and the United States Supreme Court.

Upon re-locating to Fayette County in 1996 Jon joined a local law firm and practiced there for 18 years until forming his own firm the Wade Law Offices.  The practice focuses on personal injury cases including truck wreck litigation, automobile wrecks, premises liability, wrongful death actions, slip & fall cases, and also handles business litigation.  The firm has obtained multiple six and seven figure recoveries for clients all over the state.

He is married to attorney Leslie Williams Wade, and they have two daughters: Caitlin, 24 and Shannon 20. When not practicing law, he is an audio engineer and runs Suburban Legend Audio. He enjoys scuba diving and snow skiing, as well as genealogy research. He is currently writing a book on DNA, genealogy, and world history.