Do You Have to Go to the Hospital After a Car Accident?

It’s a huge question because, to some degree, not going to the hospital can impact your claim. In fact, if you don’t seek any medical attention, then any injury claim could be denied. Saying that you have something sprained without a doctor to confirm it, then you won’t be able to support that claim. There are many times that people feel that the injuries are just to minor to seek out medical attention at a hospital.

Always look at the situation objectively, use the “ask a friend” perspective. If your close friend or sibling were in a crash and was hurt, would you tell them to go to the hospital? It may depend on the injuries, and that’s exactly the answer to this question. Whether you need to go to the hospital or not depends entirely on the extent of your injuries.

First-Responders Will Make an Appropriate Judgement

Any Georgia personal injury lawyer would be sorely disappointed if you refused the guidance of first-responders. Fire department officers, EMTs, and paramedics all have first response emergency medical training. That means that they know when a situation calls for medical attention in a facility. If you were hurt in a crash and any of the first responders advised you to go to the hospital, then you should follow their advice.

While you may only feel like you have a minor headache, you may have actually experienced a traumatic brain injury. Or, a little stiffness around the shoulder could be something torn or a severe soft tissue injury. After a crash, injuries will often seem much less significant than they are, and you can’t ignore the signs of needing medical help. 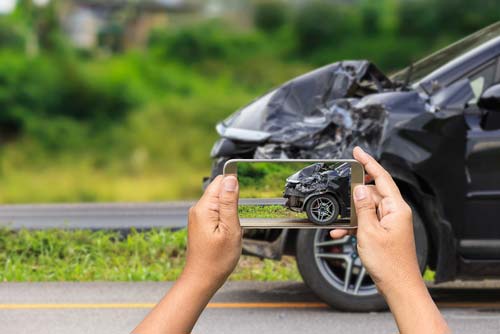 If you refuse the advice of a first-responder, you will have to sign a waiver saying that you deny medical treatment. If you do this, then your insurance company will question any injury-related claim associated with this crash. They will basically think, “Well, you certainly felt fine right after, maybe you’re only filing an injury claim because you want a bigger check.”

If You Don’t Go, You Should Make a Doctor’s Appointment.

If you do decide to avoid the hospital for any number of reasons, then you should go to Urgent Care or schedule a doctor’s appointment. It’s the very least you can do for yourself because your physical condition is the most important thing to worry about after a wreck.

When you go to your doctor’s office, then you should explain that you were recently in a wreck. What happens when you’re in a wreck is that your body is trying to recover from changing direction at a speed that humans simply shouldn’t travel at even if you were hit when you were only going 15 miles an hour that’s still twice if not three times what humans can travel at naturally.

When Should You Absolutely Go?

You should absolutely go if you’re bleeding, or if you lost consciousness. Then there are times when something is clearly wrong; for example, you could have a broken bone and not be bleeding. The result is that you should listen to the first responders, and if you can’t physically drive home, then you should go. There are simply too many possible injuries that would only get worse if ignored.

Critical Injuries May Mean You Don’t Have a Choice.

If you have, for example, lost a leg, then you may not have a choice. At a certain point, first responders will take over on your decision making because you’re not in a state of mind to make that choice. Additionally, if you were unconscious, then they would just take you without waiting for you to wake up to decide if you wanted to go or not.

If You Were Injured, Should You Call a Fayetteville Car Accident Lawyer

Yes, car accident victims should get some legal guidance because they’re trying to juggle working with insurance companies and doctors. The issues that come up with car accident victims are often revolving around not being able to afford the medical care they need. But, the fact is that you shouldn’t be paying for that medical care, the accident wasn’t your fault.

After a wreck in Fayetteville, reach out to a local Georgia car accident lawyer. At the Wade Law Offices, you can have someone fight for your side and your compensation. We understand that you may not have wanted to go to the hospital, but that shouldn’t impact your ability to obtain compensation for the injuries. Contact us immediately!

How Much Do You Get for Pain and Suffering in A Car Accident in Fayetteville, GA?

Can Your Georgia Car Accident Lawyer Prove the Other Driver Was Speeding?

When is the Best Time to Sue After a Wreck?