What are the Chances of Your Teen Getting Into an Accident?

Teens get into auto accidents; in fact, they get into more accidents than most adults, which isn’t surprising. They ask for help, they get behind the wheel training, have their permit for six months, and then they’re on their own. That is where many teens feel that they can finally let loose and drive “like a normal person,” and what usually happens is a disaster.

When teens are finally driving on their own or have their license, it’s all too common for them to feel as though they can be assertive, or they’re still too nervous. Each person is different, and each teen is different. The best thing that you can do is to prepare for the inevitable and plan on having to call a Fayetteville car accident lawyer.

Accidents are among the top reasons for teen deaths, but the accidents to drivers are greatly disproportionate. With about 8% of all drivers being between the ages of 15 and 20, they make up about 11% of all fatal accidents. That’s not saying that they cause the accident’s only that they’re involved.

Most teen accidents involve critical injuries because of lack so basic driving skills such as scanning or driving at the appropriate speed. It’s important to tell teens that driving too slow is as bad as driving too fast.

75% of all teen accidents happen because of a critical error, including going too fast, engaging with a distraction, and not scanning. What that often means is that there are too many things going on in the vehicle, or theirs is blatant overconfidence. 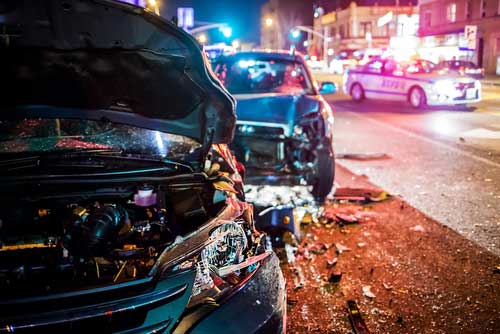 In theory, there is never a good age to learn how to navigate while in control of about a ton of metal traveling at high speeds. But, historically, people have done much more challenging things at the age of 16. It was common only about 100 years ago for people to have entire families by the time they were 16, or to be working in terrible work conditions in an industrial environment.

Ultimately, parents have to accept that their teen driving is the gateway to independence. It’s terrifying, but not something that you should delay. Instead, you should foster the independence necessary to drive safely. Explain that there are certain house rules in place to ensure that that they understand the limits of the vehicle. Some parents include in their house rules of always bringing the car back with a full gas tank and using their phones to track their movement.

Because teens are often in accidents because they’re distracted, speeding, or scanning, the crashes are often severe. The issues here are that the vehicle is already traveling at high speed, and the teen has no opportunity to take evasive action. Typically, the injuries are so severe because the teen and their passengers never knew that they were coming.

Should You Be Worried About Your Teen?

While you certainly have a right to be worried, you can make some accommodations. First, ensure that your teen is in a vehicle that can take a crash. Second, in addition to having your teen attend behind the wheel courses, consider placing them in a defensive driving class. Third, ride with your teen often.

The best that you can do is to arm them with the experiences necessary to cultivate good driving habits. Habits such as engaging a “driving mode” on their cell phone, or double-checking when scanning for cross-traffic can help reduce accidents. They should be very aware of the dangers, but confident enough in their ability to respond to drive with authority.

After Any Crash, Contact a Georgia Car Accident lawyer.

Whether it was you or your teen driving, you should get an attorney in on your claim. Injuries are common among teen accidents. Not only are teen drivers inexperienced, but they’re usually either overly confident or too nervous. The issue is that overconfidence usually results in aggressive driving behavior, while nervousness results in passive driving.

Eventually, your teen will have to get behind the wheel, and as you might remember, it’s something that you just have to actually do. No amount of bookwork will help your teen physically handle the car better. What you can do instead is just to have a plan if something were to happen. After any crash, contact Wade Law Offices to bring in an experienced and understanding attorney.

Do You Have to Go to the Hospital After a Car Accident?

What Are the Most Common Types of Auto Accidents in Fayetteville, Georgia?

Can I File a Personal Injury Claim after a Peachtree City Car Accident?